The muscles in the throat allow us to speak, swallow and breathe. As we sleep, these throat muscles become less active and they relax, which causes a narrowing of the throat. For most people, this narrowing will not affect their ability to breathe effortlessly, however, for some, breathing becomes more difficult as the chest muscles and diaphragm work harder to open the blocked airway, these individuals have a condition that is referred to as obstructive sleep apnea (OSA). When an individual has OSA, he or she stops breathing intermittently during sleep.

What Are the Symptoms of Sleep Apnea?

There are numerous symptoms associated with sleep apnea. Many of which directly affect an individual’s quality of life.

Sleep apnea symptoms in adults can include:

Sleep apnea symptoms in children may include:

Although obstructive sleep apnea is frequently caused by the relaxed muscles in the throat, there are other issues that can cause this condition.

What Complications Are Associated with Sleep Apnea?

Sleep apnea can cause an individual to develop eye problems, including dry eye and/or glaucoma. In addition, cardiovascular problems are fairly common among individuals with sleep apnea (e.g. a heart attack, stroke, hypertension, etc.). Sleep apnea can also cause metabolic disorders, including type 2 diabetes.

How Does a Dentist Address Sleep Apnea?

Individuals who have mild sleep apnea may be able to use a dental appliance or an oral mandibular advancement device to help keep their airway open during sleep. These devices are designed to keep the tongue from blocking the airway by moving the patient’s lower jaw forward.

Fishinger Dental is located at 3560 Fishinger Boulevard in Hilliard, Ohio.

Want to join the discussion?
Feel free to contribute!

Can You Have Your Teeth Whitened During Pregnancy?

Top 3 Ways to Care for Your Teeth Between Dental Visit

Our first week is complete and we feel very blessed!

It ended up being a very busy week as many patients were calling to schedule. On top of this we created many new protocols to ensure safety for everyone in the office. We are very thankful to our staff as they worked very hard and welcomed the challenge with a smile on their face! It wouldn’t have been a successful first week without all their support! #dreamteam #ourstaffrocks #safetyfirst #staysafe #PPErockstars 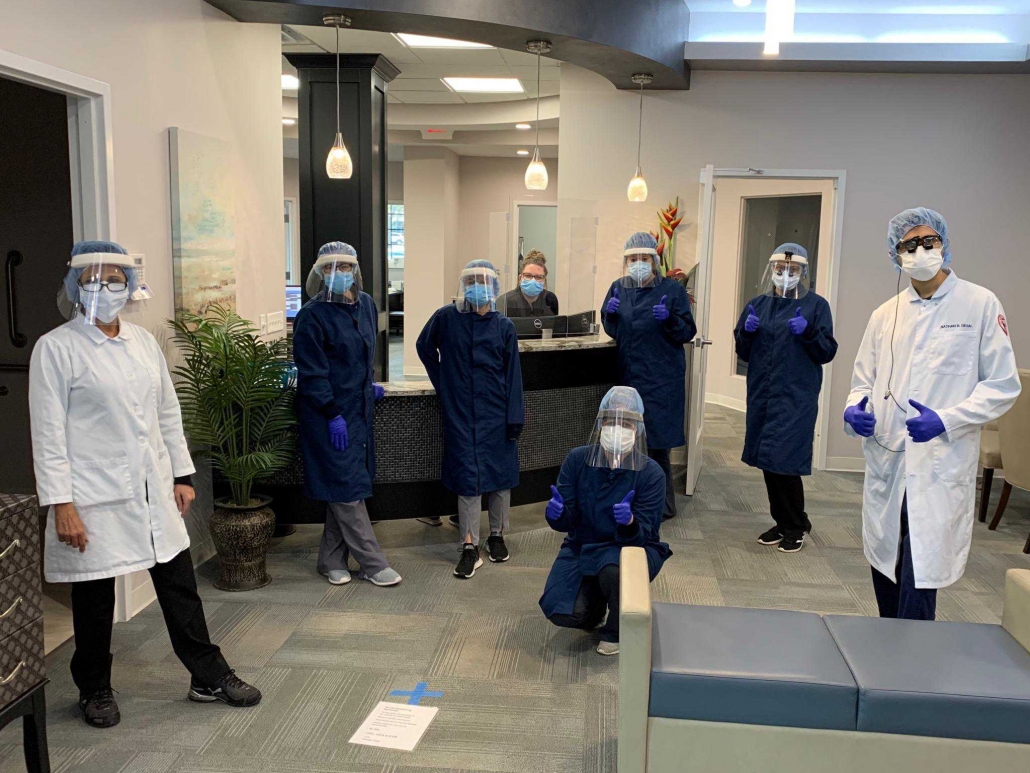